ANACS’ rich and noble history began in 1972. It was created by the American Numismatic Association (ANA) with a mission to correct an urgent problem facing the coin hobby. The ANA is a century-old, not-for-profit educational association for collectors of coins, tokens, medals and paper money. The ANA, like the U.S. Olympic Association and the American Red Cross, is chartered by the U.S. Congress.

In the early 1970s, the ANA board of governors recognized that something significant needed to be done about the counterfeit and altered coins that were plaguing the coin community. Their solution was ANACS, the American Numismatic Association Certification Service. ANACS began with a staff of two experts with Washington D.C. as its home. Washington was chosen in order to utilize the Smithsonian’s Numismatic Collection and to be near the Treasury Department, specifically the Secret Service.

This was a time when many people could never be quite certain if the coins they were purchasing, or even selling, were genuine or counterfeit. Something had to be done to protect and uphold the integrity of the coin industry, especially if it was to grow into the mainstream as a hobby and a business. Little had been written on the subject and the science of counterfeit detection was still in its infancy. ANACS certified its first coin as genuine on June 15, 1972. As the need for the service grew and as the benefits were proven over and over, additional experts were added to the ANACS staff. 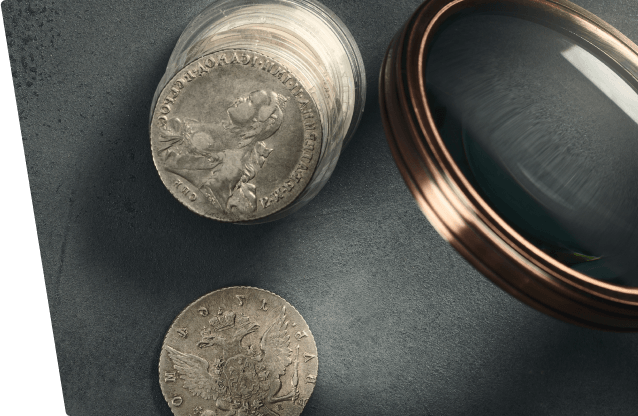 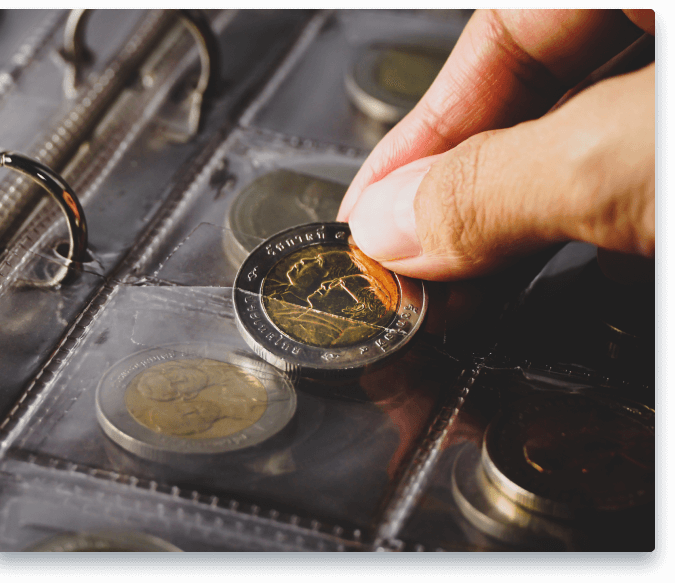 In 1976, ANACS was moved to Colorado Springs where ANA had its headquarters. Three years later, ANACS began grading coins using the technical grading standards that the ANA had established earlier with its book, “The Official American Numismatic Association Grading Standards for United States Coins,” a monumental work that the ANACS staff helped create. Coins were given a grade for each side of the coin, obverse then reverse (e.g., MS-65/63). The service took off. A few years later ANACS was grading nearly 3,000 coins a month. (Today, that would be a good day at ANACS!) No one had yet thought of encapsulating the coins in plastic holders. Instead, ANACS issued a photo certificate showing both sides of the coin, the dual grades and pertinent comments about the coin.

In 1983, Kenneth E. Bressett was appointed Director of ANACS. Ken was, and still is, the long-time editor of “The Red Book” and a frequent numismatic author and speaker. Ken hired and trained a team of graders at ANACS, many of whom moved on to become some of the most famous names in coin collecting. Many are still professionally grading coins today, others are leading, national coin dealers, while still others are highly respected numismatic researchers and authors.

In 1989 ANACS discontinued issuing photo certificates and began encapsulating coins in tamper evident plastic holders. A year later, the ANA board of governors sold ANACS to Amos Press, publishers of Coin World. In December 2007, ANACS was acquired by EKW, LLC, of Colorado and on January 1, 2008 was relocated to Englewood, Colorado, a Denver suburb.

ANACS is OPEN for business. Our LOBBY is CLOSED and will remain so for the foreseeable future. We are accepting submissions via drop off at a local coin show near you, or by regular mail to our PO Box 6000, Englewood, CO 80155.

ANACS is OPEN for business. Changes to our operations and local requirements are slowing our ability to record incoming submissions in the timely manner you have come to expect. These short delays, typically 3 or 4 business days, should not affect the overall turnaround time. We thank you to be patient. Our LOBBY is still CLOSED and will remain so for the foreseeable future. Please contact ANACS Customer Service at 800-888-1861 or at [email protected] for questions.